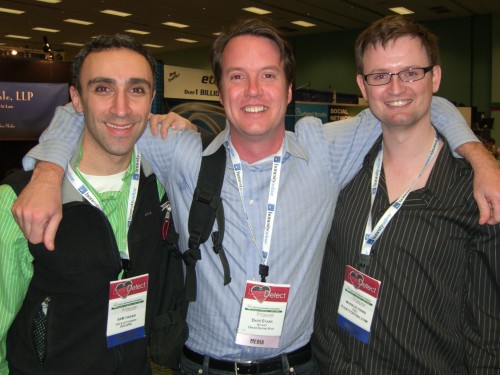 The Match Group, the global operator of digital dating products such as Match, Tinder, OkCupid and Meetic, and a subsidiary of IAC, announced today that it has entered into a definitive agreement to purchase PlentyOfFish for US$575 million in cash.

I wrote Be Plenty Scared of Plenty Of Fish in 2oo5 and again in an Inc. Magazine article, And the Money Comes Rolling In.

POF founder Markus Frind stands to make around $525 million on the deal. This is an extraordinary move for Match. I think from here on out we’ll get a Tinder every few years and nobody will be able to touch Match, at least in English speaking countries, for the next decade.

Of course hundreds of new mobile dating apps will continue to launch every year in the hopes of being the Next Big Thing. But of the 50 or so apps that made it on to my home screen last year, I can’t remember 95% of them. That’s a huge problem for the industry, a lack of discernibly different dating app experiences.

Seems like the Match Group is all set for their split from IAC. Match buys Hinge next, because Hinge investors are in for $20M and want a return on their investment soon, not a dragged-out deal like Zoosk. I wonder how long Match will wait to do the Hinge transaction?

Investor Alert: There are a number of dating startups in South America trying to grow large enough to be acquired by Match. Want to hear about them?