Siri, Get Me A Date 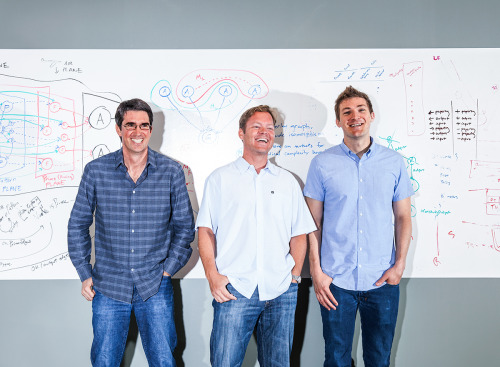 The team of engineers that created Siri, Apple’s voice-driven intelligent assistant, are creating a an advanced form of AI which “will be able to teach itself, giving it almost limitless capabilities. The stealth startup, Viv Labs, has been working on the new service, called Viv, for two years. In time, they assert, their creation will be able to use your personal preferences and a near-infinite web of connections to answer almost any query and perform almost any function.”

See Cortana from Microsoft and Sherpa for Google Glass for other voice-driven options.

Reading the article, all of a sudden, this.

That would also be nice because it just might provide Viv with a business model. Kittlaus thinks Viv could be instrumental in what he calls “the referral economy.” He cites a factoid about Match.com that he learned from its CEO: The company arranges 50,000 dates a day. “What Match.com isn’t able to do is say, ‘Let me get you tickets for something. Would you like me to book a table? Do you want me to send Uber to pick her up? Do you want me to have flowers sent to the table?’” Viv could provide all those services—in exchange for a cut of the transactions that resulted.

Dating sites have tried to sell date offers to members, with varying levels of success. But what about using a voice-driven AI to find a date?

Over the years I’ve worked with a number of dating site search aggregators. None of them really panned out. Dating sites instead are exposing members to trusted partners, like the Match and Are You Interested deal.

It would be really interesting to see dating sites partner with Siri, Cortana or Viv to find you a date sourced from multiple high-quality sites. Not only to find you a date, they can schedule it for you as well.

How long until something like Viv is smarter than the Match or eHarmony matching algorithm?

Google recently paid a reported $500 million for the UK deep-learning company DeepMind and has lured AI legends Geoffrey Hinton and Ray Kurzweil to its headquarters in Mountain View, California. Facebook has its own deep-learning group, led by prize hire Yann LeCun from New York University. Their goal is to build a new generation of AI that can process massive troves of data to predict and fulfill our desires.

That’s far more money and resources than any dating site has ever put into matching systems. How difficult would it be to add people-matching to the mix?

Interesting to learn than Match members go on 50,000 dates a day. I wonder how that stacks up against the competition?

Read Siri’s Inventors Are Building a Radical New AI That Does Anything You Ask.