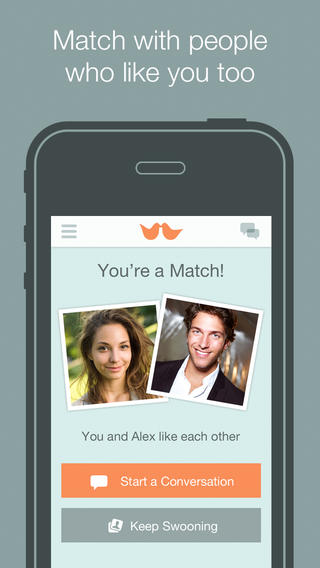 There are a bunch of new social/dating apps showing up on my radar.

I guess the thing now is how easy it is to create a mobile dating app. Making a compelling one, now that’s another story. The marketplace is saturated with apps with little differentiation, which makes it difficult for singles to figure out which one is best for them.

Customer acquisition costs through the roof, monetization non-existent for all but the larger dating companies which have added mobile apps as opposed to starting with empty database, where is the upside to so many dating apps?

Good to see more apps using Facebook data for matching. That’s really difficult to do and the current algorithms are pretty generic, but things may get better over time as raw social exhaust data is turned into actionable matching information.

The we have Closer, a new peer-to-peer dating app, aims to put an end to dead-end dates by allowing friends to play matchmakers and meet new people. While some apps focus strictly on “hooking up,” Closer gives users the opportunity to find meaningful relationships through those who know them best — their friends. Users connect their Closer profile to their Facebook account and can easily introduce friends to one another or ask friends to set them up. Closer is now available for free on the iTunes App Store.

How about Catalyst, a new dating app which allows users to view other people in the same location after checking in at the bar, sporting event, coffee shop etc. Unlike other hookup apps, Catalyst doesn’t just provide matches in a general, geographical zone—but gives people who are in the same space an opportunity to get to know each other virtually and then meet face-to-face.

Tagged is taking a “ladies first” approach to its dating app, Swoon. The social discovery site that specializes in helping users meet new people overhauled its mobile dating app. opting for a new color scheme and design the company believes will resonate with its female users.

What differentiates Swoon from other dating apps?  It’s the only dating app made by women for women with their specific needs in mind.  The best feature that sets swoonabove the rest?  LookBack-if you passed on a potential match too quick, just a little shake of your phone will bring up the previous profile for a second chance. More at Mashable.

Barely scratching the surface here, leave a comment with other apps to check out.